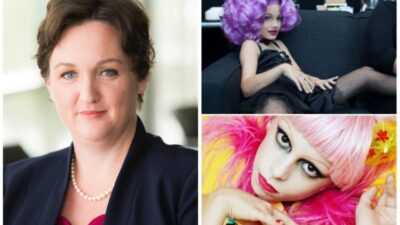 Congresswoman Katie Porter, a California Democrat, is claiming that pedophilia is not a crime but rather an “identity” as the LGBT plague leads to children being sexualized and exploited by predators on a grand scale.

“The allegation of groomer and pedophile, it is alleging that a person is criminal somehow or engaged in criminal acts merely because of their identity, their sexual orientation, their gender identity,” she said.

Porter is calling for Twitter and other social media platforms to censor any comments that exposes pedophiles and groomers in order to protect the feelings of people who have this “identity.”

“Instead of taking [comments exposing groomers and pedophiles] down, Twitter elevated them, allowing them to reach an approximate 72 million users. This is not just about what happens online. What happens online translates into real harms into people’s lives,” she said.

full story and video at https://bigleaguepolitics.com/california-democrat-congresswoman-katie-porter-claims-pedophilia-is-not-a-crime-its-an-identity/