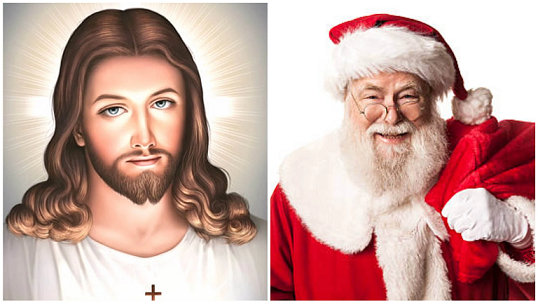 Most Americans Would Rather Celebrate Christmas With Jesus Than Santa, Survey Says

According to a recent survey conducted by Rasmussen Reports, the majority of Americans continue to believe that Jesus Christ, and not Santa Claus, is the true meaning of Christmas.

“Americans may be looking forward to a visit from the jolly fellow in the red suit, but most say Christmas is still about the baby born in Bethlehem,” according to Rasmussen Reports.