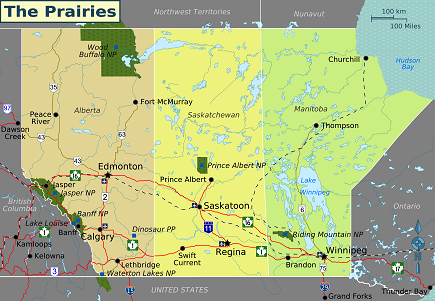 Canadians living in the prairies are growing increasingly disillusioned with federalism, a new poll suggests.

A Leger for the Association for Canadian Studies report found that just 21% of Canadians living in Saskatchewan and Manitoba think there’s more advantages than disadvantages to federalism.

Results are five points higher in Alberta at 28%. That’s down five percentage points since July 2020 — just months into the Covid-19 pandemic — when a similar question was asked.

The number of Canadians who feel there are more benefits to federalism rises to 35% in Ontario and BC and to 39% in Atlantic Canada. Quebecers are most satisfied with federalism at 40%.

Broken down by party, Liberal supporters by far think there’s more advantages to federalism than disadvantages at 54%. That number drops to 33% for Green supporters and 32% for New Democrats supporters. Next come the Conservatives at 31%, followed by the Bloc Québécois at 20% and the People’s Party of Canada (PPC) with 20%.