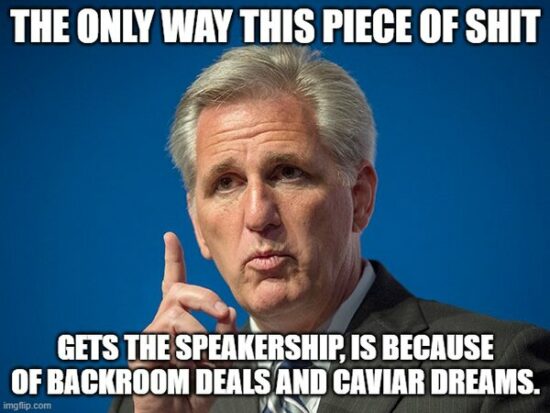 As first reported in September 2022.

McCarthy allies attempted to hide the effort to sabotage MAGA Republicans, according to a report from the Washington Post.

“GOP lobbyist Jeff Miller, one of McCarthy’s closest friends and biggest fundraisers, and Brian O. Walsh, a Republican strategist who works for multiple McCarthy-backed groups, were both involved in an independent effort to oppose Cawthorn as part of a broader project to create a more functioning GOP caucus next year,” the Washington Post reported. “The allies close to McCarthy have sometimes taken steps to conceal their efforts, as they did in the Cawthorn case, with money passing from top GOP donors through organizations that do not disclose their donors or have limited public records, federal disclosures show.”