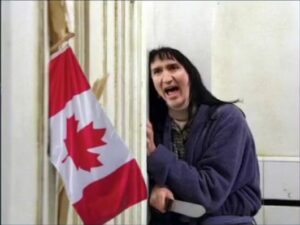 The Treasury Board says the new rule was made because there exists a ‘need to ensure an individual making a request under the Act has the right to do so.’

(LifeSiteNews) — Canadians looking to obtain records via Access To Information requests from federal government departments could be waiting years due to new rules put in place just before Christmas.

Per Blacklock’s Reporter, Treasury Board President Mona Fortier announced on Christmas Eve that citizens must now provide a piece of identification, in the form of a birth certificate or other means, when submitting their information requests.

According to a Treasury Board Regulatory Impact Analysis Statement, the new rule was made because there exists a “need to ensure an individual making a request under the Act has the right to do so.”

“This includes ensuring the requester is a Canadian citizen, a permanent resident or a person present in Canada,” noted the statement.

As it stands now, one only has to attest to their Canadian citizenship.

Despite the change in procedure seeming significant, the Treasury Board said it did not need to conduct any “consultations” before making the announcement, and did not elaborate as to what spurred the sudden need for the change.

The new requirement may seek to further delay an already notoriously slow system.

“It would be in the order of 10 years,” replied Beeby at the time, adding that wait times are “terrible and getting worse” as the government and its departments “realize they face much bigger blowback from releasing information than from withholding.”.

Other Conservative MPs have noted that hundreds of their Access To Information requests have gone unanswered.