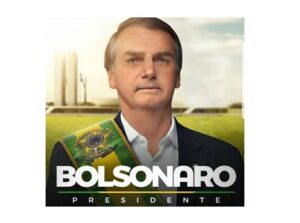 As The Gateway Pundit reported back in march 2019, Luiz Edson Fachin, of the Supreme Electoral Tribunal (TSE), ruled that the PT candidate for the presidency, Fernando Haddad, paid Google to highlight negative content and manipulated searches to point to a website with negative coverage of Bolsonaro.

Google wasn’t fined because they claimed that as soon as they were notified by the court of the irregularities they dishonored the contract.

This is a common practice by Google in the United States.