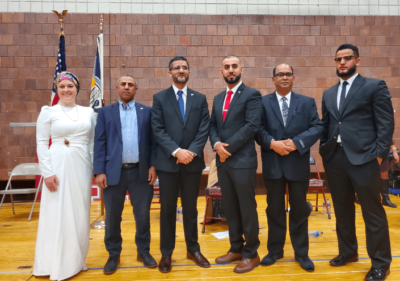 The city council in Hamtramck, Michigan, a city that has a large Muslim population, has voted to allow animal sacrifices to be done at home, despite significant opposition from local residents.

On Tuesday night, the city’s all-Muslim council voted 3-2 in favor of amending a city ordinance to permit the religious sacrifice of animals at home. Mayor Amer Ghalib cast the tie-breaking vote, after which the packed city hall was filled with applause.

There has been opposition to this amendment, with some residents and animal rights advocates fearing that this will lead to animal cruelty and sanitation problems within the densely-populated city. Locals also worry about people being traumatized after seeing animals cut open in neighborhood backyards.

Councilman and Mayor Pro Tem Mohammed Hassan tried to quell these fears, insisting that the allowance of animal slaughter will not cause the city to “blow up with nasty blood, contamination.

Trending: BREAKING: Lisa Marie Presley Is DEAD at 54…Cause of Death is CARDIAC ARREST