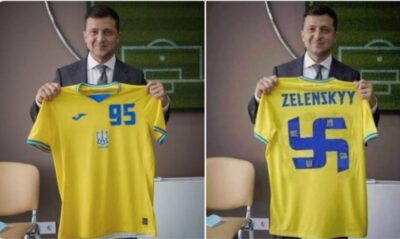 President Zelensky stripped the 13 priests of the Ukrainian Orthodox Church (UOC) of their citizenship late last month and this week stripped several prominent opposition politicians of their Ukrainian citizenship as well, among them Viktor Medvedchuk, who was given to Russian authorities as part of a prisoner exchange in September of last year.

“I have decided to terminate the citizenship of four persons,” Zelensky stated earlier this week, with former MPs Andriy Derkach, Taras Kozak, and Renat Kuzmin also having their citizenship revoked by the government.

Medvedchuk had fled his home in the early days of the conflict with Russia and was arrested in April, accused of treason and attempting to leak military secrets to the Russians.

Derkach, Kozak, and Kuzmin have also been alleged to have ties to Russia or have supported the Russian invasion of Ukraine.