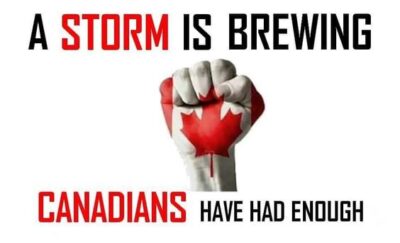 No wonder the rubes are mad – just look at government spending

The Canadian Taxpayer Federation (CTF) is again doing what it does best, which is exposing the hypocrisy of the Trudeau government as it sets out on a cabinet retreat in a few days to supposedly “focus on continuing to make life more affordable for Canadians.”

As the CTF said, the “rubes”—that’s you, me, us—are mad, and angry moreover for being “ripped off” in the greater scheme of things.

“Taxes and regulations are making it hard to put food on the table,” the CTF wrote in an op-ed first published in the Sun papers.

“Politicians and bureaucrats are misleading us.

“They’re wasting our money and not being honest about how it’s spent. And they’re showering themselves with bonuses and raises no matter how bad of a job they’re doing,” says the federation.

Prime Minister Justin Trudeau promised that “we are not going to be saddling Canadians with extra costs … the last thing Canadians need is to see a rise in taxes right now.”

So why did the government spend $450,000 to study and promote a home equity tax?

The truth of the matter is that the federal government is raising five taxes this year. The Canada Pension Plan tax, Employment Insurance tax, the carbon tax and alcohol taxes are going up.

full story and videos at https://tnc.news/2023/01/19/bonokoski-government-spending/