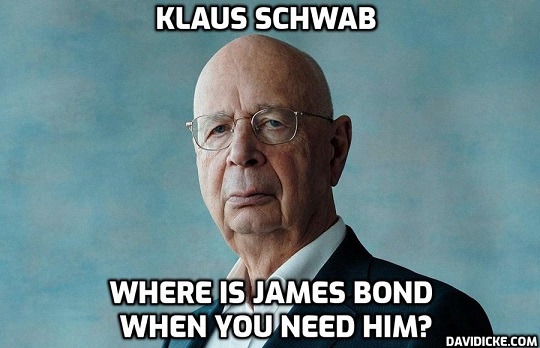 WEF insider: Schwab has a ‘God Complex’ and his days are numbered

A shocking interview with a veteran World Economic Forum insider in German media reveals that things are not as peachy at the elite organization as its founder Klaus Schwab lets on.

According to the source who spoke to Welt on anonymity, 84-year-old Schwab could soon have a palace coup on his hands as fellow elites are tiring of his nearly half a century-long reign.

“(Klaus) has a God complex and thinks he’s among the fittest 0.1 percent,” the WEF insider said.

“It’s crazy they don’t have a succession plan to build public trust.”

Within the WEF’s secretive ranks, there’s speculation that Schwab’s succession plans are like a monarch’s and involve his offspring, Oliver or Nicole Schwab, who launched the “Young Global Leader” program.

“There are former heads of state who thought 20 years ago that they were in the running,” said the source about the uncertainty Schwab has plunged the organization into.

“There’s definitely value in this organization, and it’s a great network. But it’s a personality-driven organization, so I don’t take it seriously anymore.”