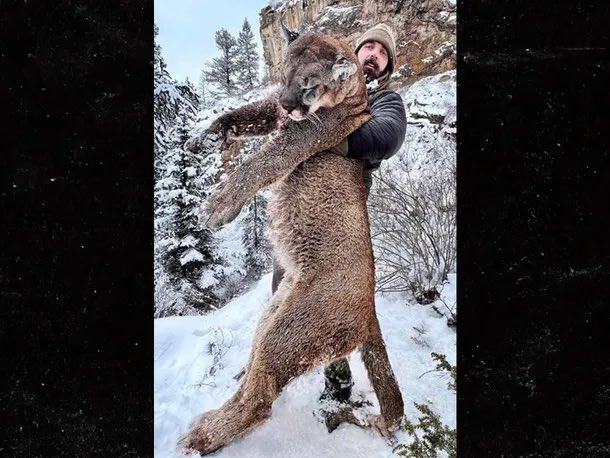 Newly retired NFL player Derek Wolfe amazed many of his Instagram followers when he posted a photo of a massive mountain lion he had killed in a rural Colorado town.

Wolfe stated before he killed the mountain lion, he heard from the locals that the big cat killed two dogs and was even spotted living under a local resident’s home.

The former Super Bowl champion for the Denver Broncos killed the big cat with a bow after tracking it down.

Take a look at the gigantic mountain lion here:

Former #NFL defensive lineman Derek Wolfe hunted and killed a massive mountain lion that was accused of terrorizing a city in Colorado this week, via @TMZ pic.twitter.com/O5TDHvsGaa

TRENDING: “I Want America to Wake Up and Pay Attention, Something Ain’t Right!” – Silk Describes How Her Sister Diamond ‘Died Suddenly’ in Her Kitchen (VIDEO)