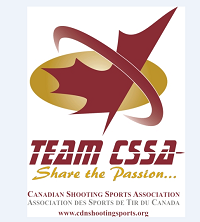 OMG. Canadians could well lose faith in their justice system, if they have any left.

The recent decision by the Supreme Court of Canada (SCC) to hear Quebec’s appeal to preserve the gun registry data gives credence to “junk justice.” The proof that the firearms registry didn’t work is complete. So complete and irrefutable that the federal government staked its reputation on it. No one – including the police chiefs who tried to exploit it – has ever been able to show it was effective. Gun crimes are down 85 percent in Toronto since it was scrapped. Hellooo – is anyone in authority listening?

The SCC isn’t paid to listen to common folk – they base their collective opinion on law, which rarely shakes hands with common sense. We can hope that the SCC is choosing to hear the Quebec government gripe about the registry’s demise only to send the politicians packing once and for all. But, responsible firearms owner have good reason for concern – refusing to hear this case would have done the same thing. The Supremes have unfortunately given Quebec the wings it wanted, and the province is once again poised to rehash the same shop-worn registry twaddle while pretending it is a public safety tool.

Most Canadians believe the Supreme Court of Canada is above pandering to any single constituency or province because it must remain apolitical by nature. Our Judicial Branch of government is supposed to remain separate from the Legislative Branch, right? Even the Quebec Court of Appeal blew its own government out of the water by a 5-0 margin on this very issue, concluding that Ottawa does not have to hand over its data to Quebec.

It is a mystery then, how the federal SCC can possibly justify inviting the Province of Quebec to once again vent its spleen on the national stage. Firearms owners don’t get it and the SCC won’t deign to explain. How convenient that the SCC has a tradition of not disclosing the reasoning behind its decision to hear this case. How convenient indeed.

The ultimate irony, of course, is that while the Supreme Court weighs the legality of Quebec keeping the registry data, the Chief Firearms Officers refuse to destroy the information collected in their books by retailers. The CFO-owned books constitute a de facto point-of-sale registry that the federal government has officially prohibited, yet the band plays on.

It is happenstance that the SCC decision on Quebec could be made around the time of the next federal election? Set up the circus tents and break out the trained seals – here we go again.

ANTI-GUN CROWD NEEDS TO CHASTISE ONE OF THEIR OWN

OMG again. Nothing should surprise gun owners any more.

We live in a world where an anti-gun lunatic created an Internet video for people to test their shooting skills using the Sandy Hook tragedy. Ryan Jake Lambourn, formerly of Houston and now living in Australia, says he’s doing his bit for gun control by allowing players to recreate the sickening scene by trying to out-shoot the guy who did it for real. The “game” suggests that shooters should first go after their mother, then the staff and children at Sandy Hook Elementary School. After the gamer’s score is tabulated, the video suggests they contact their state governor and representatives to push for gun-control legislation. We couldn’t make this stuff up.

While disgust for this animated video is widespread on both sides of the gun control debate, it does show the extent that anti-gun advocates will go to beat up lawful gun owners. It shows that anti-gun advocates have no problem with blurring the line between lawful gun owners and criminals. This video reveals that there are no rules any more when it comes to the anti-gun crusade.

It must be Toronto Police Chief Bill Blair’s worst dream – his own force’s stats show that gun crimes are on the wane and he was wrong.

“The registry has worked extremely well for us,” Blair told CTV News on April 20, 2010. “That information, if lost to us, would directly impact on our ability to conduct criminal investigations and to keep our officers and our communities safer.”

Sorry about that Chief, but there have been a mere 21 gun deaths-injuries so far this year, compared with 144 last year. The year isn’t over yet, but with just over a month to go, Toronto has an 85 percent decrease so far. Lawful gun owners must be tempted to tell their anti-gun friends, “We told ya so.” There is no relationship between a gun registry and public safety, period. Could someone please phone Quebec and tell them before they make a big, expensive mistake?

Gun owners were right about the registry, and we are right about Authorizations to Transport, 10-year licensing, and a host of other legislative items that can be changed to our advantage an no one’s disadvantage. It makes us wonder why the current government is so (ahem) gun-shy about making more red-tape changes that bestow fairness upon gun owners without jeopardizing safety. When will they realize they need our votes?

If the anti-gun faction doesn’t like it, show ’em Toronto’s crime stats.

To see what Tony Bernardo of CSSA/CILA had to say to Sun TV’s Brian Lilley about it: http://www.sunnewsnetwork.ca/video/dont-mourn-the-gun-registry/2854700281001

SUPREMES PREPARE TO DANCE WITH QUEBEC: The Supreme Court of Canada has given the Quebec government one last chance to preserve provincial data from the otherwise defunct federal long-gun registry.

The high court has ruled that it will hear a Quebec government appeal in the long-running saga.
Quebec turned to the Supreme Court to hear the case after losing at the Quebec Court of Appeal this past summer.

As usual, the justices gave no reasons for deciding to hear the appeal.

The province wants to force Ottawa to keep data related to the federal long-gun registry and wants police forces to continue to have access to the information.

Opponents of the registry, which was scrapped by an act of Parliament in 2012, say it is wasteful, intrusive and irrelevant in stopping crime, while some police organizations call it a valuable law-enforcement tool.

Public Safety Minister Steven Blaney said in a release that the Conservative government “will vigorously defend our legislation, adopted by Parliament, in front of the Supreme Court.”

“We will continue to bring forward measures to keep our streets and communities safe, and to respect hunters, farmers and sport shooters,” said Blaney.

Quebec Justice Minister Bertrand St-Arnaud said the decision by the country’s top court to hear the case is good news, noting that there’s a consensus in the province to maintain the registry.

Quebec’s government has argued that the data, long since paid for, should be preserved to form the basis for its own registry — rather than having the province start from scratch with a new registry at great cost to taxpayers.

“We’re very, very happy that this case, which is important for us, important for Quebecers, which was the object of eight unanimous motions in the national assembly, will be heard in the coming months by the Supreme Court of Canada,” St. Arnaud said in Quebec City.

“It’s good news for all Quebecers.”

The Quebec justice minister said he hopes the case will be pleaded in 2014, but added that it could take a year between the pleading of the case and when a final judgment is rendered.

Public Security Minister Stephane Bergeron added that Quebec is the only jurisdiction in Canada where the registry of weapons and data continues to be collected.

“For the moment, we’re satisfied with the situation and we’re preparing for the eventual creation of a Quebec arms registry,” he said.

The Coalition for Gun Control, formed after 14 women were gunned down at Montreal’s Ecole Polytechnique in December 1989, also held out hope the Supreme Court will eventually preserve the Quebec registry data.

“The decision of the court reaffirms the fact that there is public interest in studying Quebec’s request for an appeal on the decision to destroy the records on 1.6 million rifles and shotguns registered in Quebec,” coalition president Wendy Cukier said in a release.

Ottawa confirmed last November that it had successfully destroyed the data on more than five million individual rifles and shotguns from all provinces and territories — with the exception of Quebec.

At the time, the Canadian Sports Shooting Association told its membership to “rest assured, we are the envy of international firearms advocates everywhere” because Canada is almost alone internationally in rolling back gun control laws. (The Canadian Press – November 21, 2013)

HEINOUS VIDEO TAKES AIM AT GUNS THROUGH SANDY HOOK: An (sic) man in Australia has triggered a tidal wave of fury with his Sandy Hook video game – featuring players shooting their moms, collecting ammo and then culminating in a school shooting rampage.

The gamer claims “liberals” are furious because of the disrespect shown the 20 young students and six educators who were murdered last December in a massacre that stunned the world.

The creator – believed to be Ryan Jake Lambourn – said conservatives are angry because the game, The Slaying of Sandy Hook Elementary, has a gun-control message.

“Here we are nearly a year after the Sandy Hook shootings in which 26 people were killed and absolutely nothing positive has come out of it,” he wrote in the credits. In the game, players re-enact the events of Dec. 14, 2012, in Newtown, Conn., inflicted by Adam Lanza.

Family members of Victoria Soto, who died protecting her students, tweeted the gamer and said: “Please tell us how playing a game that recreates how Vicki died would be beneficial?” He replied: “Sure, but you’d learn more by ‘playing it.’ ” (Postmedia News – November 21, 2013)