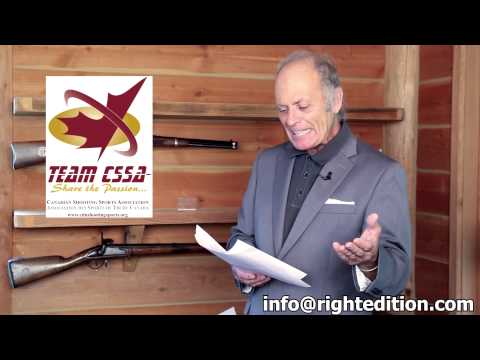 He said the failure to expand background checks on firearms sales was his “biggest frustration” as president, and called on concerned citizens to vent their anger loudly.

Obama said it was “stunning” Congress couldn’t pass laws making it harder to obtain firearms in the aftermath of the 2012 elementary school shooting that devastated Newtown, Connecticut, and stunned the nation. Obama said the violence on that December morning amounted to the “worst day” of his presidency.

“To possess a firearm is a right, and it’s a right that comes with responsibilities.” — Public Safety Minister Steven Blaney at a news conference in Powassan, Ont., while announcing planned changes to Canada’s gun laws, July 23, 2014.

The Canadian Press has examined Blaney’s statement and put it to its baloney meter test — a dispassionate examination of political statements that culminates in a ranking of accuracy.

Spoiler: On a scale from “no baloney” to “full of baloney,” the claim would appear, from a strictly legal standpoint, to meet the criteria for a “full baloney” grade. By law, there is no right in Canada to possess firearms.

The right to bear arms has been a hotly debated topic in the United States for decades.

That right, say advocates, is deeply entrenched in the U.S. Constitution, and provided for in the Second Amendment that was adopted Dec. 15, 1791, as part of the United States Bill of Rights.

In Canada, such a right is not specifically spelled out in the Constitution, although proponents of the notion argue that such a right exists.

According to the Supreme Court of Canada, it does not.