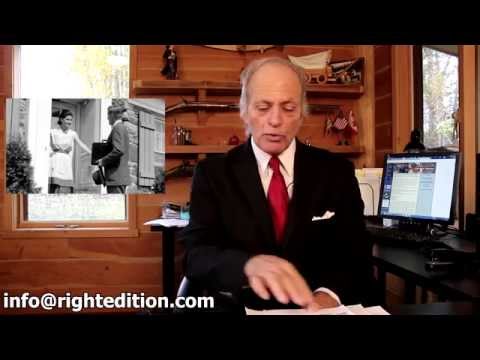 Liberal Leader Justin Trudeau confused holding a passport with citizenship – but doesn’t think the government should be able to take away either from Canadians suspected of being involved in terrorism.
The issue of homegrown terrorists has been in the spotlight since the onslaught of terror group Islamic State (ISIS), which claims to have established a caliphate – or Islamic state – in parts of Syria and Iraq and which has had alarming success in recruiting Western youth to fight for its cause.
Speaking with reporters Saturday at the Liberal Party of Ontario’s annual general meeting in Markham, Trudeau said he believes the Canadian justice system is currently well enough equipped to handle homegrown terrorism.
Legislation passed in June allows the federal government to strip citizenship from dual citizens who are convicted of terrorism at home or abroad.

The American Academy of Pediatrics likens counseling on gun safety to counseling on lead paint avoidance or seat belt use. Pediatricians, the group’s recent policy statement reads, are “urged to counsel parents about the dangers of allowing children and adolescents to have access to guns inside and outside the home.” Doctors are encouraged to promote trigger locks, lock boxes, and gun safes. Some distribute cable locks. The American College of Physicians is similarly proactive, calling gun violence a public health issue “requiring immediate attention.” The group, of which most practicing internal-medicine doctors are members, declared in its recent position statement: “Physicians must become more active in counseling patients about firearm safety.” The college implores doctors to open that conversation by asking patients (with and without children in their homes) about gun ownership.

As of two weeks ago, that is no longer legal in Florida. In a 2-1 vote, a U.S. Court of Appeals upheld a law called the Florida Privacy of Firearm Owners Act, ruling that doctors asking patients about firearms violates patients’ right to privacy.

“The act simply codifies that good medical care does not require inquiry or record-keeping regarding firearms when unnecessary to a patient’s care,” Judge Gerald Tjoflat wrote in the court’s majority opinion.

Guide To The Interstate Transportation Of Firearms

Federal law does not restrict individuals from transporting legally acquired firearms across state lines for lawful purposes except those explicitly prohibited by federal law to include convicted felons; persons under indictment for felonies; adjudicated “mental defectives” or those who have been involuntarily committed to mental institutions; illegal drug users; illegal aliens and most nonimmigrant aliens; dishonorably discharged veterans; those who have renounced their U.S. citizenship; fugitives from justice; persons convicted of misdemeanor crimes of domestic violence; and persons subject to domestic violence restraining orders. Therefore, no federal permit is required (or available) for the interstate transportation of firearms. Title 18- Part 1- Chapter 44- s926A

Many states and localities have laws governing the transportation of firearms. Travelers must be aware of these laws and comply with legal requirements in each jurisdiction. There is no uniform state transportation procedure for firearms. If in doubt, a traveler should carry firearms unloaded, locked in a case, and stored in an area (such as a trunk or attached toolbox) where they are inaccessible from a vehicle’s passenger compartment and not visible from outside the vehicle. Any ammunition should be stored in a separate locked containe