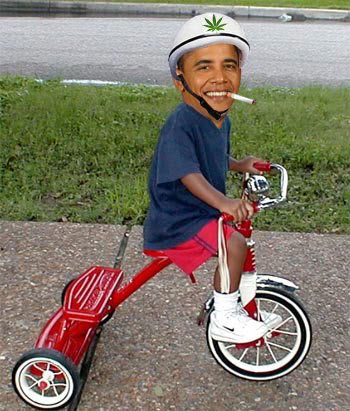 A former Democrat senator dropped a truth bomb about former President Barack Obama that might be hard for the former president to take.

In an interview on “Mama Grizzly Radio,” former Louisiana state Sen. Elbert Guillory didn’t mince words when asked about how he felt about the former president.

“The best friend I believe that the black community has ever had in the White House was a fellow named Richard Nixon, a Republican,” Guillory said. Guillory pointed out that Nixon had created more black millionaires and helped more blacks get a higher education than at any other time in American history.

“If Obama could shine Richard Nixon’s shoes he would be doing well,” Guillory said. “He did not.”

The former senator also criticized Obama for driving the country close to bankruptcy. He also pointed out that on Obama’s watch, the Islamic State terror group was allowed to grow and flourish.

“He was an atrocious disaster for America,” Guillory said.

Listen to part of the interview below:

Guillory has been a Republican for most of his life, but did switch parties for several years. After graduating from Norfolk University in Virginia, he went to work in the Nixon administration as a civil rights attorney. He became a Democrat in 2007 to run for office in a heavily Democrat district. In 2013, he switched back to the Republican Party.

In a video titled “Why I Am a Republican,” the former senator explains how Democrats believe in a big and powerful government not because it helps others but because it gives them control, which is all they ever want. He’s right about that, and he’s also right about Obama, who may have been the worst thing happened to the United States.