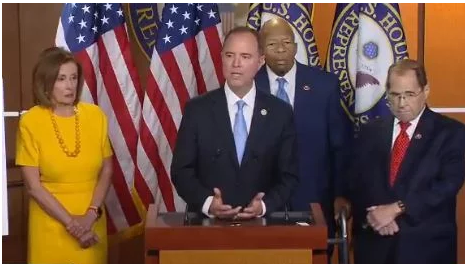 The U.S. Supreme Court ruled 7-2 on Thursday in Trump v. Mazars USA, LLP that the House of Representatives cannot demand that the president hand over his tax returns — the opposite of the result it reached in Trump v. Vance, a separate decision on the same day, in which it said New York City prosecutors can obtain his tax returns for an investigation.

Chief Justice John Roberts wrote the opinions for the Court in both cases. Trump’s appointees — Justices Neil Gorsuch and Brett Kavanaugh — joined the majority. The dissenters were Justices Clarence Thomas and Samuel Alito in both.

Mazars involved an effort by Democrats to obtain Trump’s personal financial records — and those of his family — by suing a private accounting firm.

We have held that the House has authority under the Constitution to issue subpoenas to assist it in carrying out its legislative responsibilities. The House asserts that the financial information sought here—encompassing a decade’s worth of transactions by the President and his family—will help guide legislative reform in areas ranging from money laundering and terrorism to foreign involvement in U. S. elections. The President contends that the House lacked a valid legislative aim and instead sought these records to harass him, expose personal matters, and conduct law enforcement activities beyond its authority.