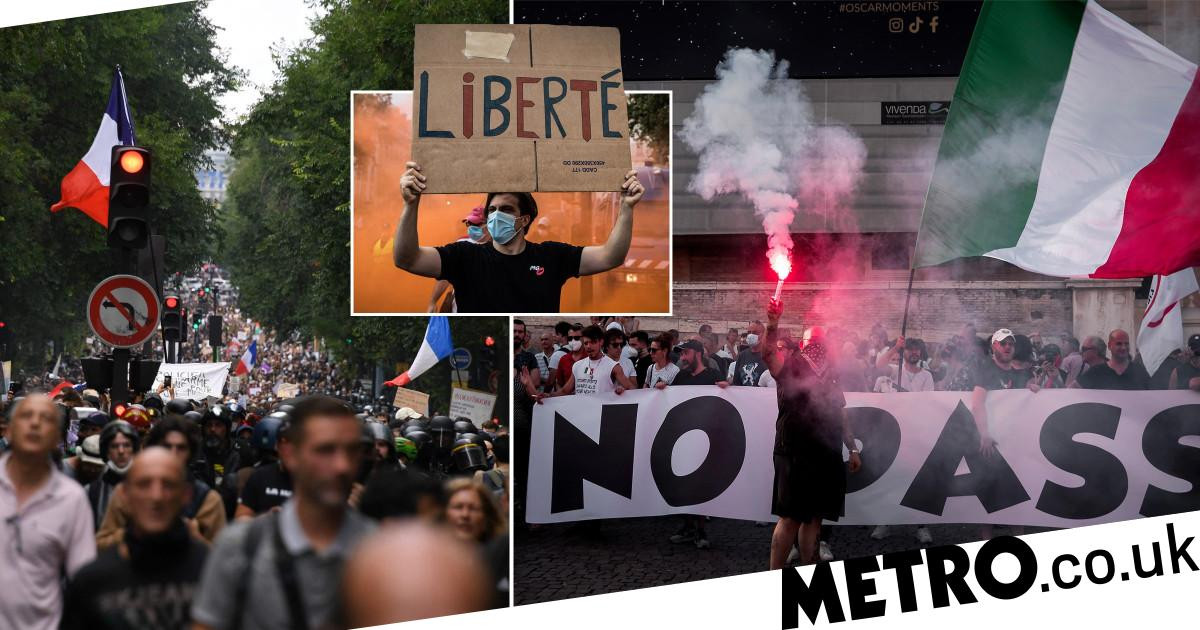 Technocracy’s view of managing the health of society and a cashless system is synchronized with their concept of the “science of social engineering.” The “engineers” write the prescriptions for total control. Seeing health passports as being separate from a cashless society is incongruous. ⁃ Technocracy News & Trends Editor Patrick Wood

Several new technologies that appear separate and unrelated will soon converge, creating a giant digital trap that will easily entice the uninformed masses.

The digital trap has already been set and globalist elites are using COVID to speed up the process of convergence. Most people will sleep-walk right into the trap, which will ultimately reduce them to a human QR code – trackable, traceable, and 100 percent dependent on Big Tech and big government for their existence.

I’m going to unpack each of these seemingly separate threads that will be gradually merged into a single overarching socio-financial control grid.

The most imminent agenda item needed to jumpstart this system is a successful launch of digital health passports.

France, Italy, Ireland, Germany, Greece and many other nations have started mandating these passports on their citizens, many of whom are flooding into the streets to protest.

The movement toward digital health passports in the U.S. is happening more gradually but it’s picking up steam.

When asked for clarification on exactly what COVID rules might be implemented, White House Press Secretary Jen Psaki said nothing is off the table.

Remember that phrase: Nothing is off the table.

This could involve rounding up the unvaccinated and placing them in isolation and quarantine camps.

An academic consortium consisting of six universities already has a contract with the U.S. Department of Homeland Security to provide training for government, law enforcement, healthcare and private-sector stakeholders on how to quarantine “large portions” of rural communities.

But the drive to digitize the lives of Americans will start in the cities and move outward.

Despite what anyone tries to tell you, separating Americans by vaccine status is a historic first. It has never before been tried, not through the polio or smallpox outbreaks of the 1920s, ’30s and ’40s, not during the Spanish Flu. Not ever.

De Blasio ordered businesses to deny service to the unvaccinated, which accounts for 30 percent of the city’s population. It remains to be seen how de Blasio will enforce this edict. Will he call out the police to shut down businesses not demanding a show of papers from their customers?

New York Gov. Andrew Cuomo is also shooting for vaccine passport mandates statewide but knows he has to be a little more diplomatic in his approach.

“I believe it’s in your own business interest,” he said, “to run a vaccine-only establishment…. We have apps, just say, ‘you have to show that you were vaccinated when you walk in the door.’”

In other words, “Show your papers.”

full story and video at https://www.activistpost.com/2021/08/digital-health-passports-are-trojan-horse-for-cashless-society.html